Overview of the U.S. Peanut Industry

The United States of America is one of many countries around the world that grow peanuts. Historically, the largest producing countries are India and China, but the majority of their production goes into the production of peanut oil.

According to the Food and Agriculture Organization of the United Nations, in 2018, the top 10 producing countries were: Mainland China; India; Nigeria; Sudan; USA; Myanmar; Indonesia; United Republic of Tanzania; Argentina; Chad; and Senegal. 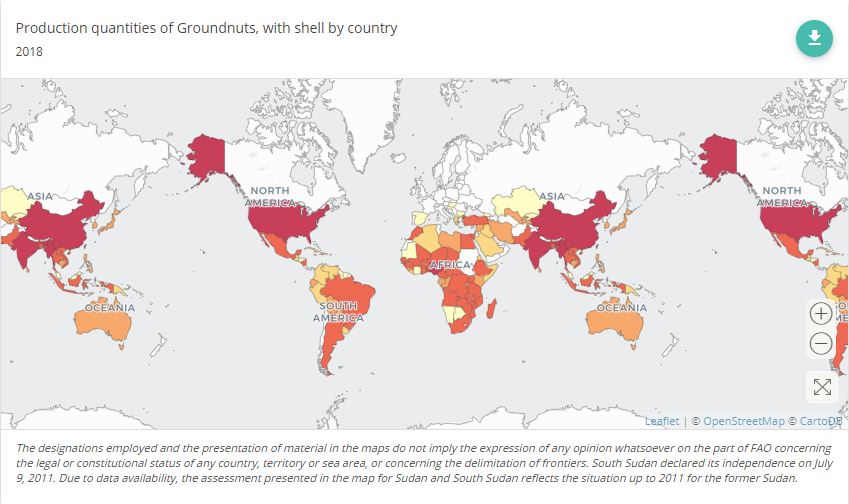 The map and graph above are taken from the Food and Agriculture Organization (FAO) of the United Nations Statistics Division: http://www.fao.org/faostat/en/#data/QC/visualize

Unlike most other producing countries, where the end products are peanut oil, cake and meal, the prime market for US peanut is in edible consumption, and the marketing and production focus is in that direction. Only 15% of US production is normally crushed for oil. Peanuts are the 12th most valuable cash crop grown in the United States with a farm value of over one billion US dollars.

Most of the US peanut crop is used in domestic edible products each year. Peanuts, peanut butter and peanut candy are some of the most popular products in the United States, with about 60% of the peanuts grown being used to make peanut butter.